The 37th ASEAN University Network Board of Trustees Meeting

The ASEAN University Network (AUN) Board of Trustees Meeting is a platform designated to report the key results of AUN in the past year and discuss a direction for future collaboration of the AUN Member Universities towards the path of regional higher education within the ASEAN region and beyond. The 37th AUN Board of Trustees Meeting, hosted by the National University of Laos (NUOL) and co-hosted by the AUN Secretariat, was arranged on 28 September 2022. While the 36th AUN-BOT Meeting was organised virtually in 2021 due to the health and safety concerns during the peak of COVID-19 pandemic, this year’s Meeting returned to its onsite format at Landmark Mekong Riverside Hotel in Vientiane, Lao PDR. The 13th Rectors' Meeting attendees who served as Presidents, Rectors, Vice-Chancellors, and other representatives of AUN Member Universities were cordially invited to attend the Meeting as observers. 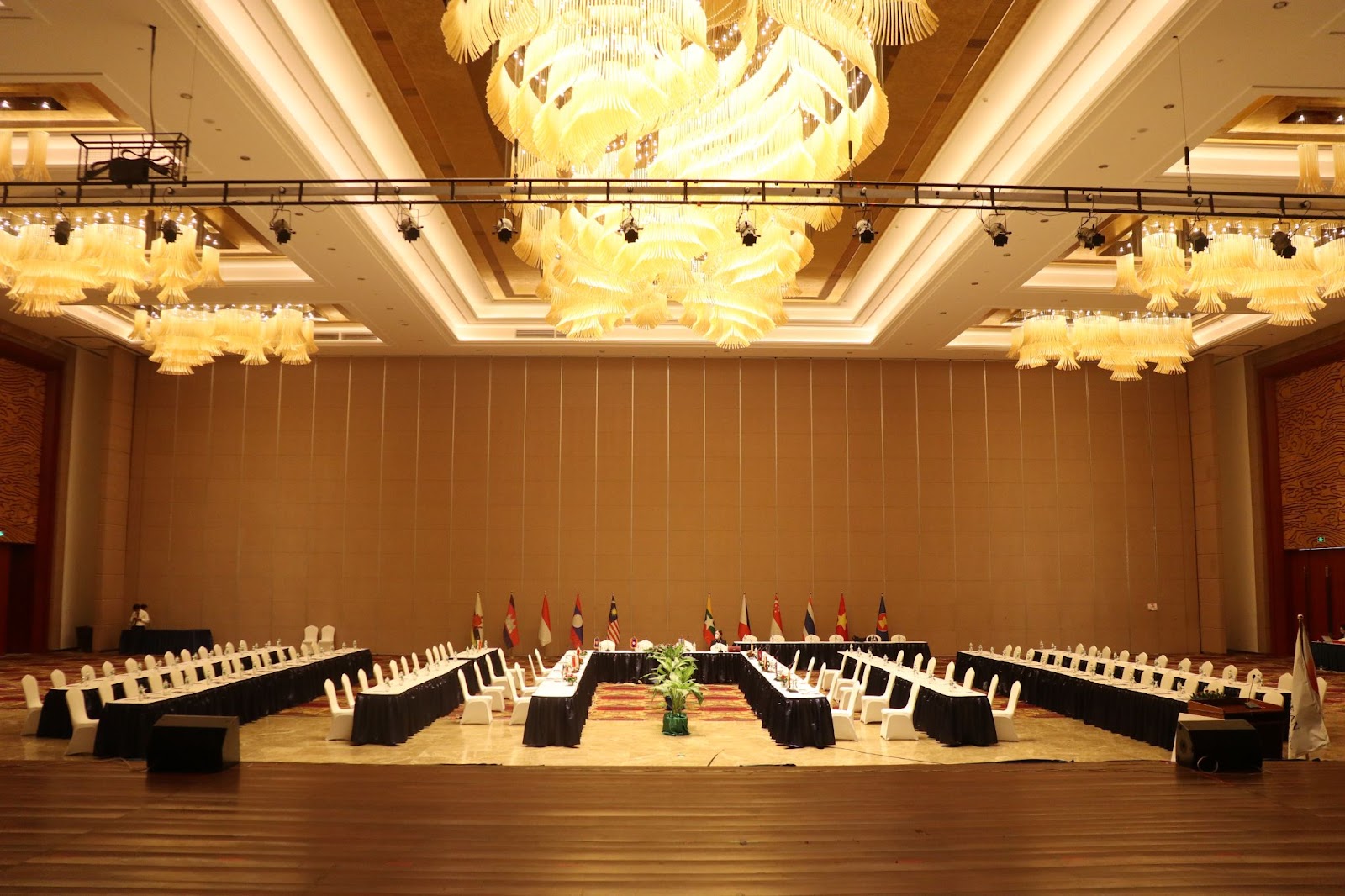 Overview of the AUN Board of Trustees
The AUN was established to be a prime mover of regional cooperation for the advancement of ASEAN higher education. It has become one of the ASEAN Sectoral Ministerial Body that strengthens the existing collaboration network among universities in ASEAN.  Its unique shared values and belief system have helped the network achieve a number of notable achievements thus far. Upon its objectives to promote collaborative study, research, and educational programmes, as well as to promote cooperation and solidarity among scholars, academicians, and researchers in the ASEAN countries, the AUN Board of Trustees holds the powers and functions to ensure the alignment of the AUN directions with ASEAN priorities. Its duties are to review and approve strategic plans and monitor progress on their implementation and planning of the AUN activities. It also upholds and authorises the establishment of AUN Thematic Networks and their activities. Additionally, the AUN Board of Trustees oversees the managerial activities, such as budget plans and applications for membership. Thus, the AUN Board of Trustees Meeting is determined to be held annually in closed session. The AUN Board of Trustees consists of fourteen representatives in regard to the following positions: 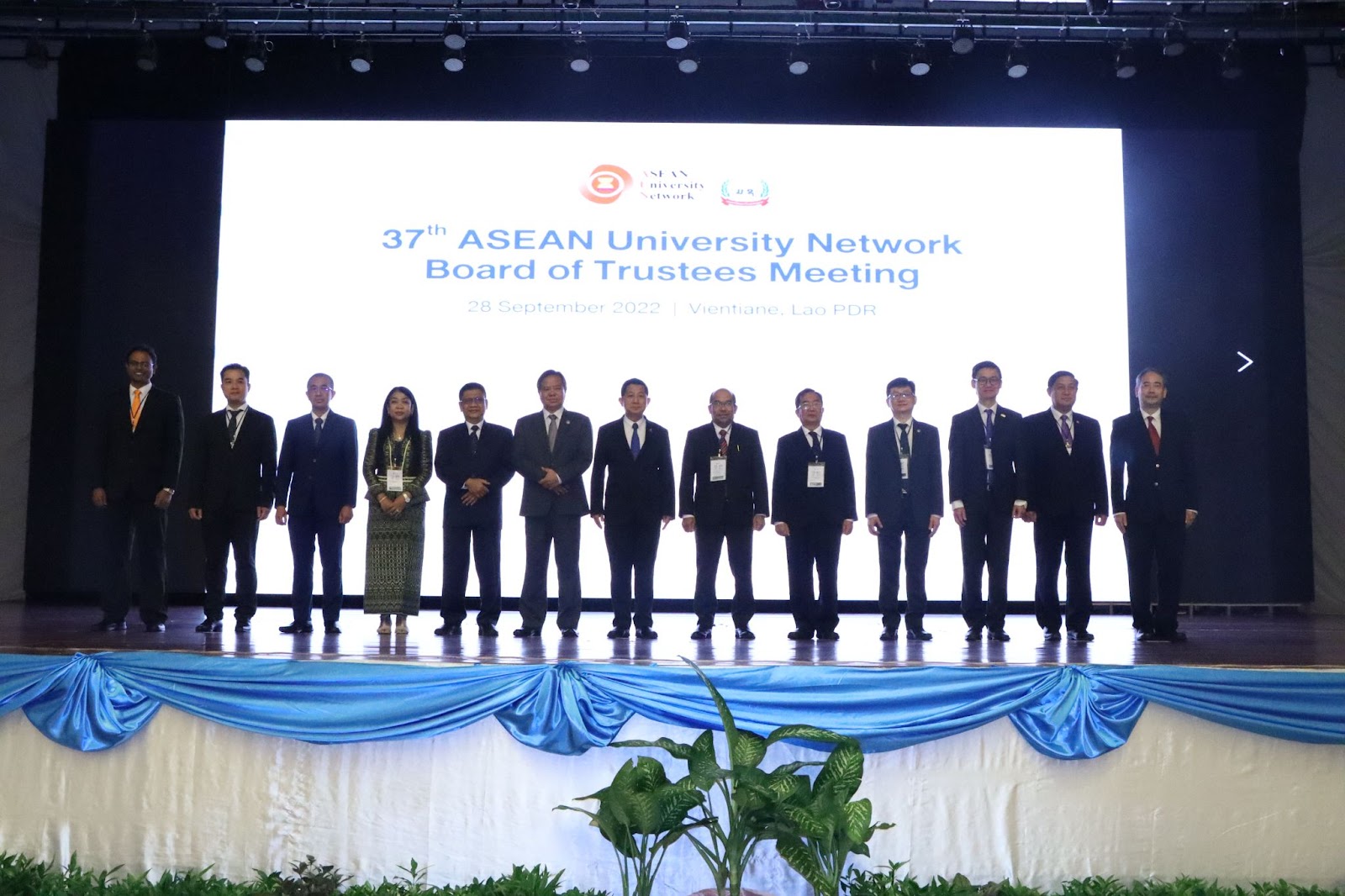 The 37th AUN Board of Trustees Meeting
At the 37th AUN Board of Trustees Meeting, Prof. Sirirurg Songsivilai, M.D., PhD., Chairman of the AUN Board of Trustees, Ministry of Higher Education, Science, Research, and Innovation, Thailand, held the position of Chairman of this year’s Meeting. Recent AUN developments and accomplishments from the previous year were substantially highlighted during the Meeting. The following lists of thematic networks and organisations represent ongoing regional and international collaborations with AUN, the progress of which was extensively elaborated during this year's Meeting. 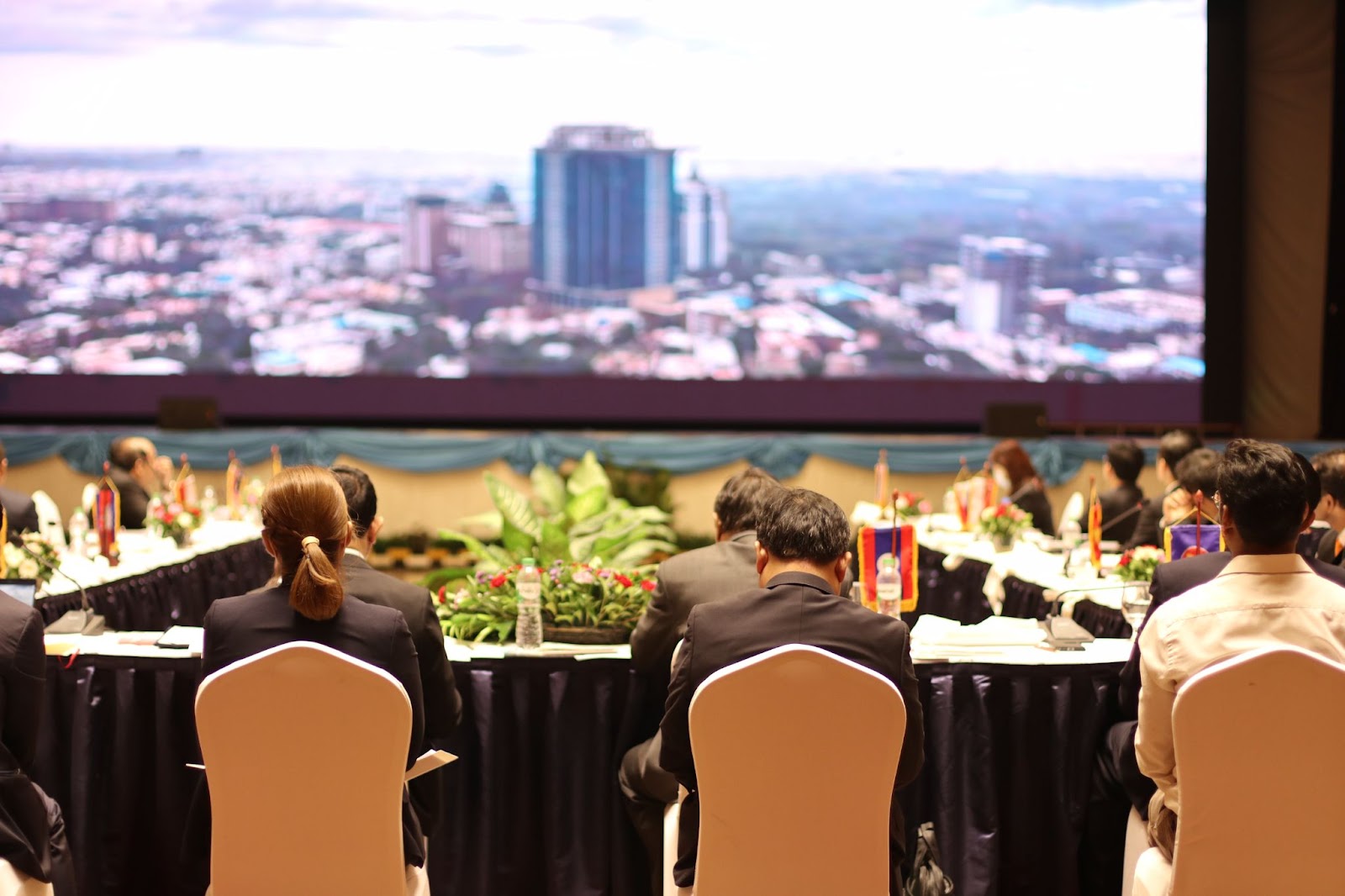 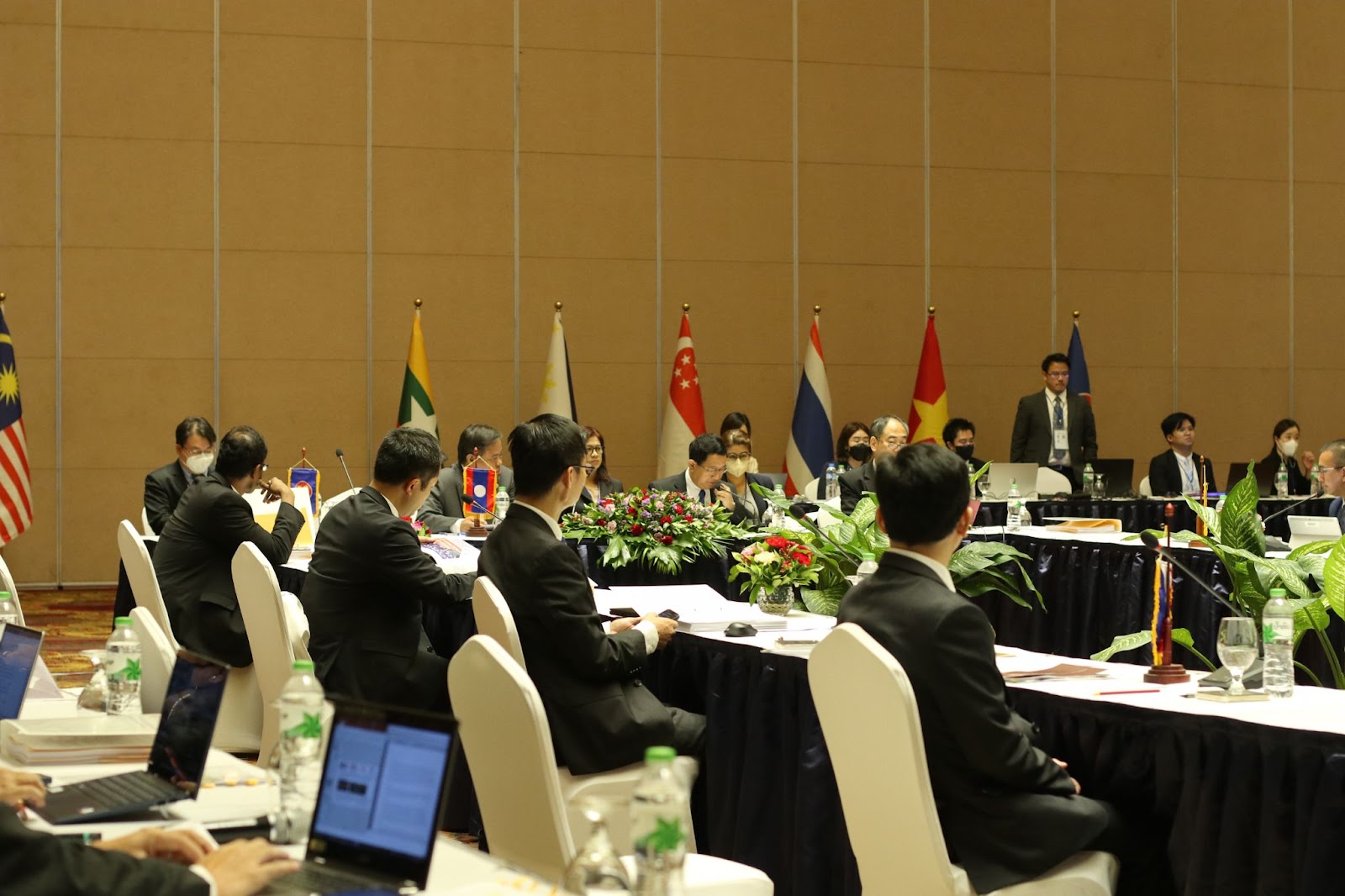 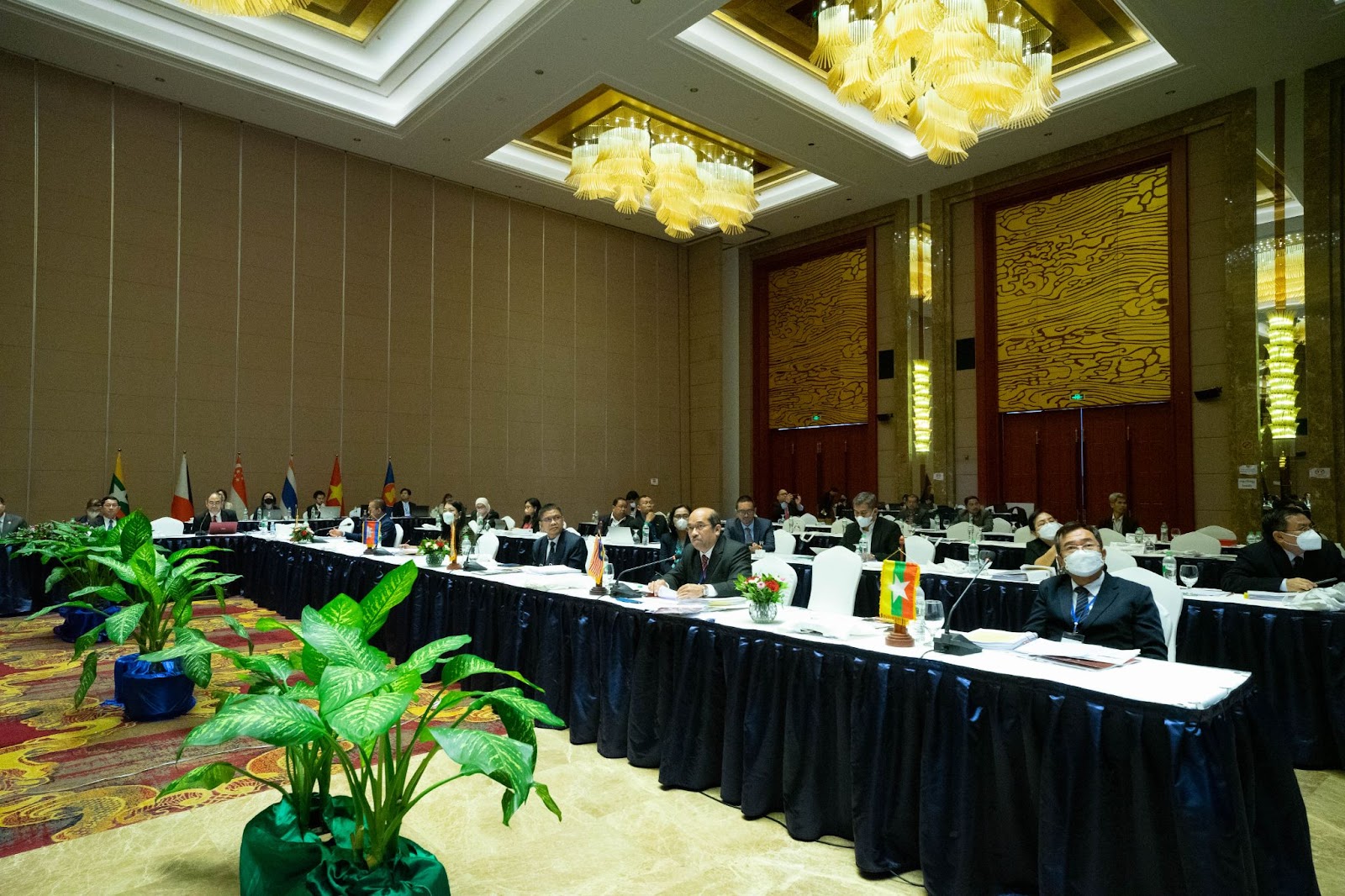 In conclusion, the constructive discussion and productive outcomes during the Meeting yielded fruitful results with such positive impacts on the future of AUN. AUN will utterly be prepared and keep improving its contributions to ASEAN and the international community.

In the upcoming issues, there will be special articles featuring the open session of the ASEAN Indian Cooperation and the EURAXESS during this year’s AUN Board of Trustees. Please stay tuned!

The Asia Universities Summit, 2022, was held at Fujita Health University, Japan, by Times Higher Education from 31 May to 2 June, with the theme “Facing the future, creating academic talent.” Dr. Choltis Dhirathiti, the ASEAN University Network (AUN) Executive Director, was a keynote speaker at the summit, highlighting issues related to university leadership, governance and quality standardization.

Dr. Choltis Dhirathiti, the Executive Director of the ASEAN University Network, delivered his pertinent remarks at the roundtable discussion regarding Governance in Higher Education on Thursday, May 19, 2022. This session was a part of UNESCO World Higher Education Conference 2022 (WHEC2022).